I've been quite lazy in updating the blog recently because of reasons, but I finally have something worth publishing:

The smart mirror is (mostly) working! 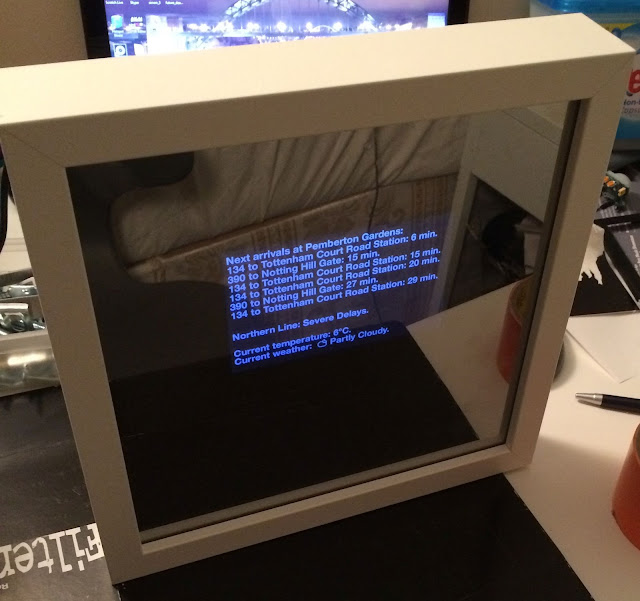 The base of the mirror is an Ikea RIBBA frame which was super cheap and perfect for this purpose, It's a nice simple design and has plenty of depth for the screen and RPi to occupy.

The rear side of the frame glass (and it is actual glass, not perspex etc.) is covered in mirror tint film which I think is designed to keep heat out of buildings. This allows the light of the monitor to pass through from inside the frame, while also reflecting pretty much all light that enters the frame.

If you're going to use this technique to make your own one-way glass, my advice would be follow the manufacturer instructions EXACTLY. The film is a huge pain to apply perfectly with no bubbling, and took me many attempts to get right. Also make sure you have a sharp craft knife (or scalpel, as I did) on hand to trim the film, as you'll need an accuracy you can't get with scissors.

All in all it makes a pretty convincing mirror.

The screen (pictured in earlier blog posts) was de-cased and mounted to the back of a piece of thick black card (cut from an old record sleeve because it's what I had to hand) with bright orange gaffer tape. The bright orange wasn't a design decision, nor was it necessarily the best choice, but I wanted to get this thing done. The cutout for the screen was done using a scalpel and a steel rule. It would be nice to have done this using a laser cutter and a piece of acrylic for added stability - maybe next time. 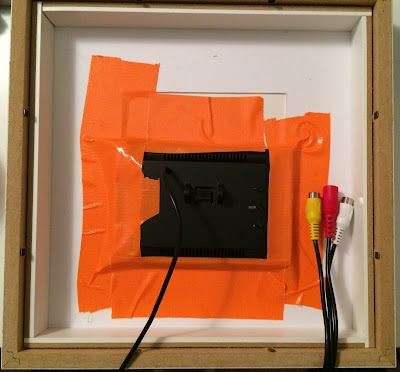 Note: this isn't a picture of the final reverse side of the mounting card below, this one was hacked together for testing. 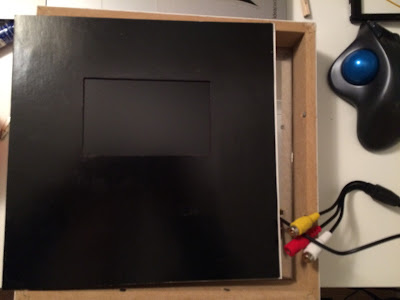 I also drilled some holes in the back of the frame for ventilation and a hole for the power cord to pass through. 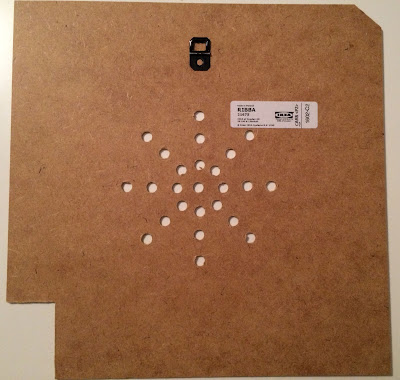 The next steps before I'm happy with it as a final product are: